Water has always represented the life cycle, yet, in its case, the cycle always starts again

From an early age, in school, we are taught that water is born when it precipitates (as rain for example) and it follows its course soaking in the land, simultaneously being food for our crops, and leaving its traces while seeking its course, its way, its life, to finish evaporating and ascending to the sky

Aside from the most obvious fact, the nurturing potential that it provides our fruit, water is a reflection of life itself, of the lives that have passed and marked our wine, which are none less that 5 generations and counting. Each life has left its mark, has made furrows and built its own course, to help the next one flow, the same way water creates courses and rivers that make it all easier. All these lives erode and uniquely shape the landscape, to create the world as we know it. Water represents our history, the history that we are telling you in these pages, that moves forward as life itself and that builds, with a lot of work, our know-how of the last 130 years that we have been making history. 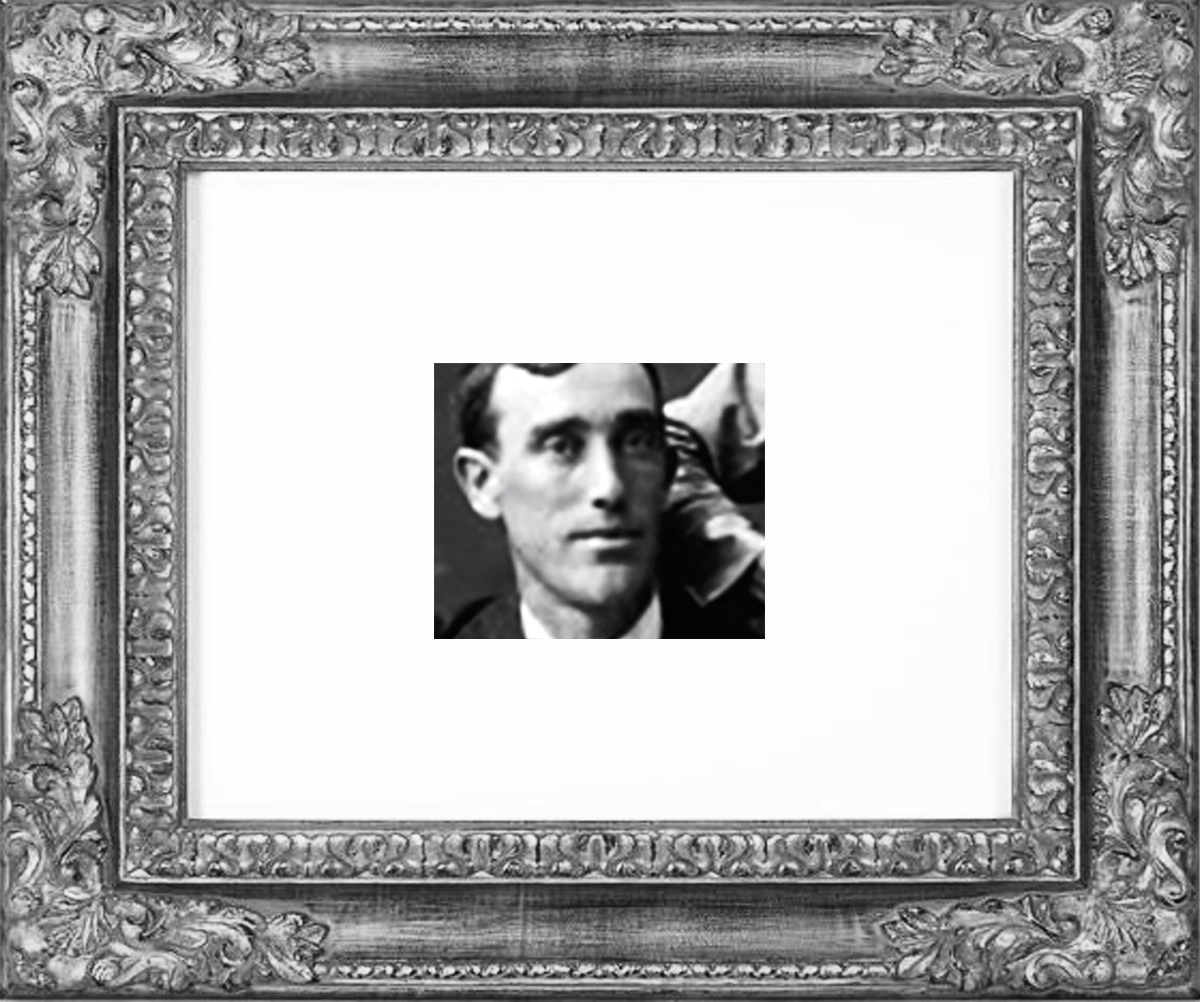 The history of Manzanos Wines is the story of a family, their effort, their perseverance and their know-how. The Fernández de Manzanos family have been cultivating vineyards and producing wines for more than a century.

It was exactly in 1890 when the first generation of the Fernández de Manzanos family established a small winery in Azagra with a capacity of 50,000 litres of wine.

In the 40’s they inaugurated a new facility which further increased its capacity to 350,000 litres, emphasizing the value of the viticultural tradition of this area. 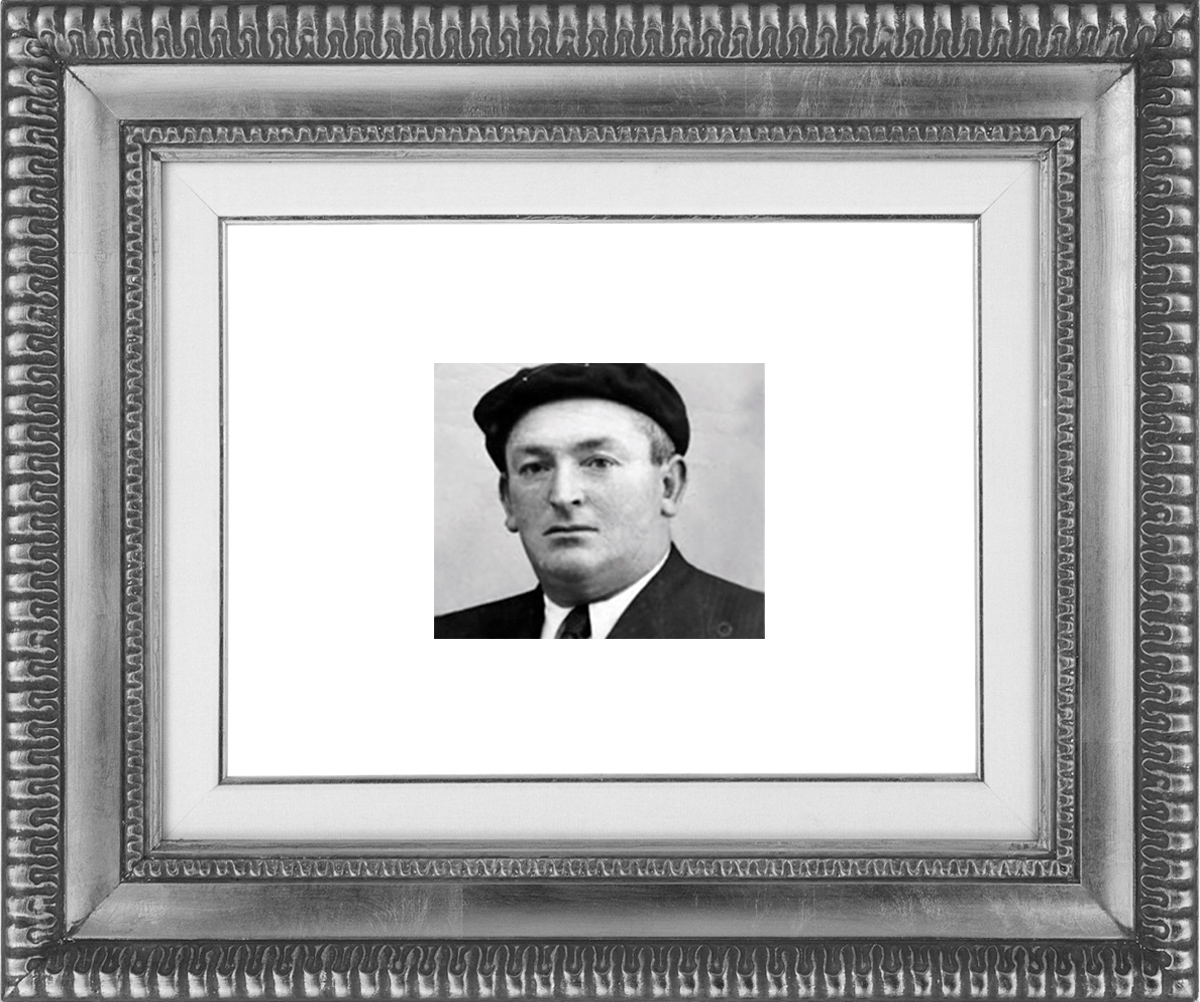 Between the 50’s and 60’s, they consolidated their project with the creation of the Viña Marichalar winery, the first one belonging to the appellation Rioja, which exceeds 1.5 million litres in capacity.

In the 90s, Víctor Fernández de Manzanos Pastor, the fourth generation of the family, joined the family business after studying Chemical Engineering and obtaining a Master’s Degree in Viticulture and Enology by the Technical School of Agronomic Engineering from Madrid Polytechnical University. Víctor was the first member of the family with training in viticulture and oenology. Víctor then built the Winery Marqués de Butrago and decided to perform his life project, the construction of Bodegas Manzanos. 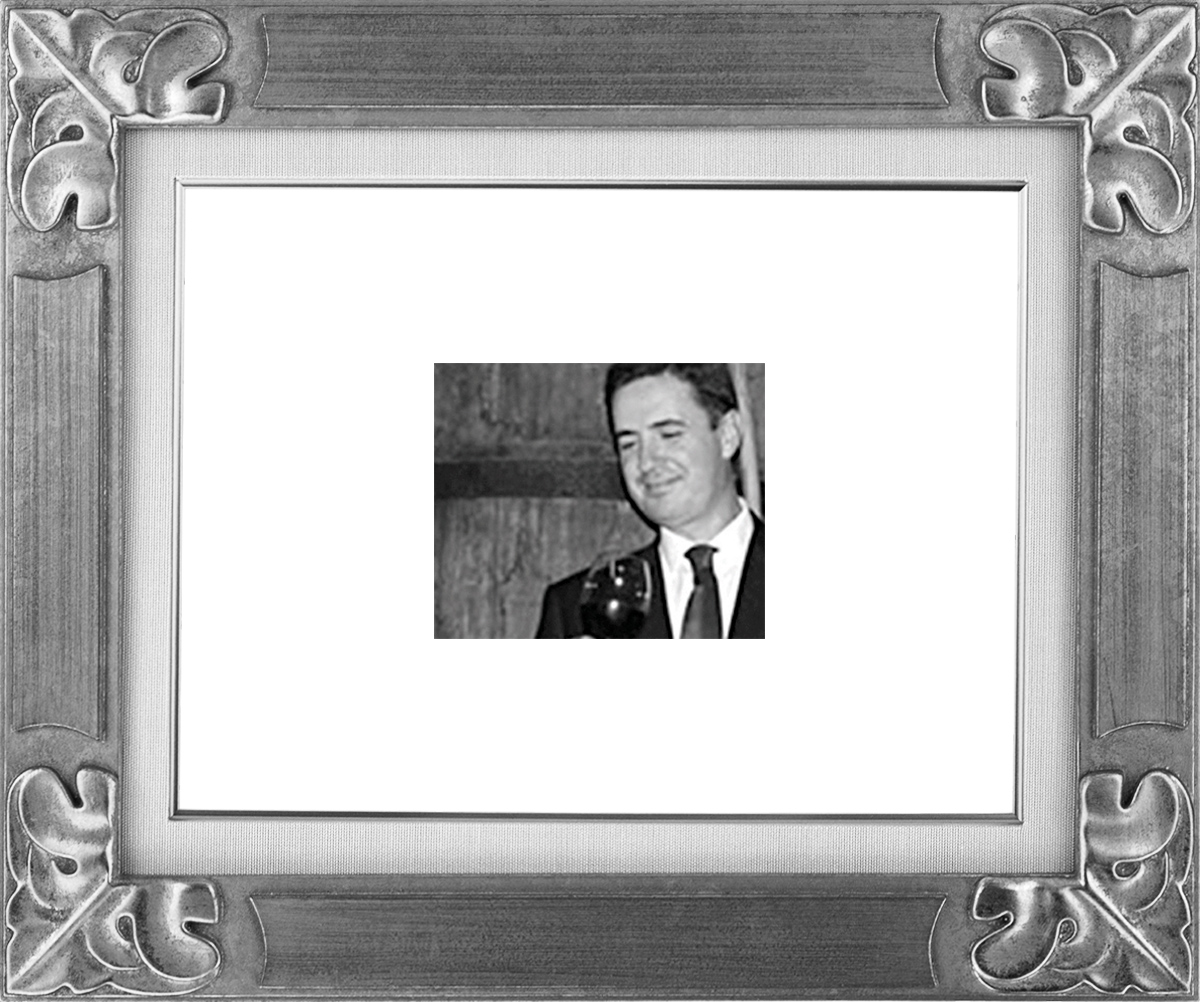 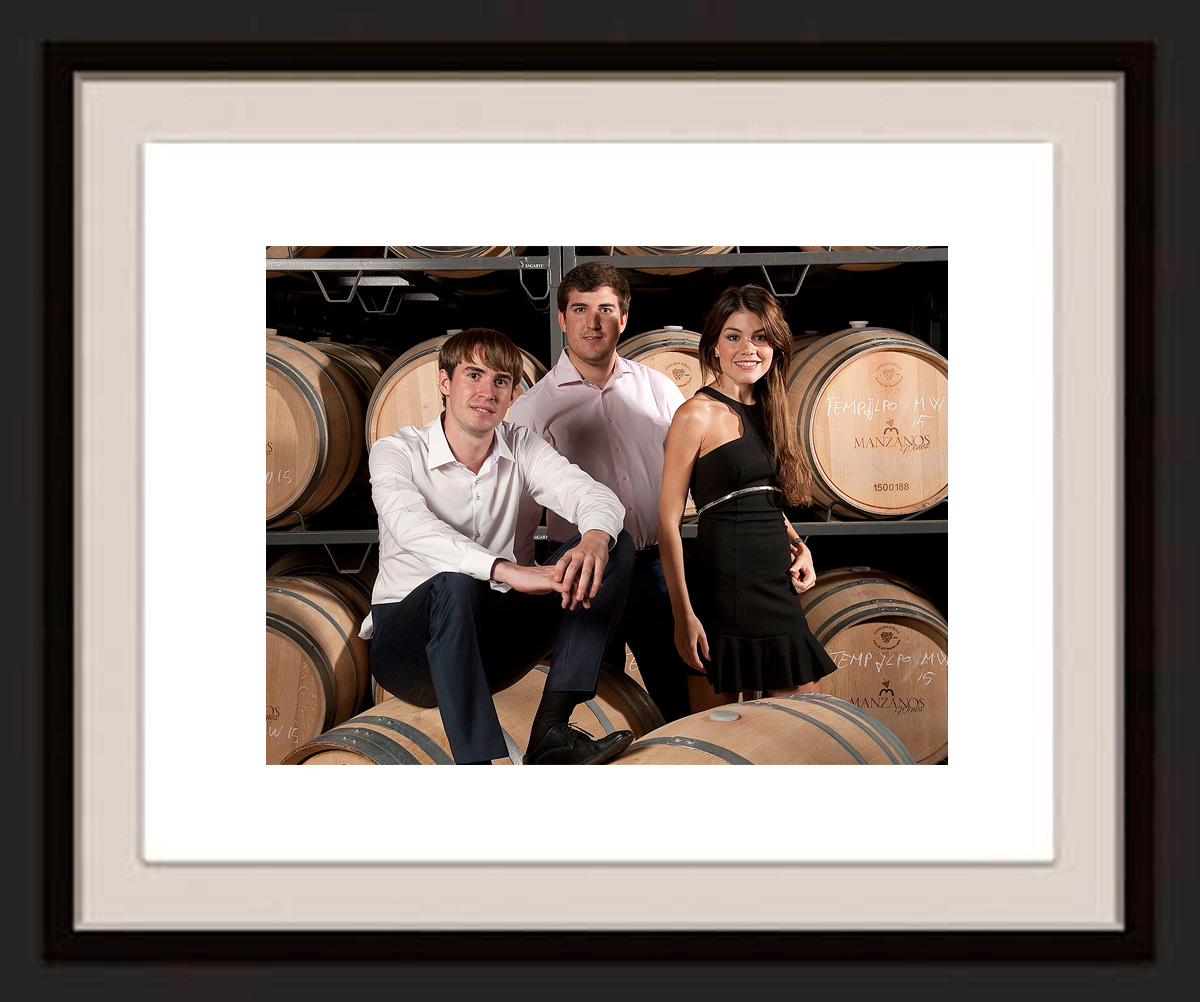 Nowadays, the public faces of Bodegas Manzanos are those of the brothers Víctor, and David Fernández de Manzanos, as well as Laura Mateo, wife of the former. In 2010, these young entrepreneurs took the reins of the winery to turn Manzanos Wines into a prosperous business, modern and endowed with the latest technologies in the field. A business that has managed to preserve the old flavour of tradition and the received legacy.

Many changes have occurred in Manzanos in the last six years since Víctor, the eldest of the Fernández de Manzanos brothers, embarked in the winery after arriving from London, prepared to take the reins of the family business. His father, Víctor Fernández de Manzanos Pastor, author of the project for the current winery, had suddenly died and this young man, at only twenty years of age, became the company’s engine, assuming the position of CEO.

At that time, the company lacked creditworthiness, asphyxiated by the credits for the new facilities and the distribution of product was confined to the local scope with the traditional brand, Viña Marichalar, to which a new mid-high range brand had just been added, Finca Manzanos, leading to the start of the Bodegas Manzanos project.

The winery had four underground floors for wine elaboration and ageing and a common reception area on the ground floor. By then, there were 12 workers and a weak commercial network, both nationally and internationally. Nevertheless, today the company’s team is made up of more than 180 people.

who was studying Finance and Business Administration in London, combined distance learning at the end of his studies with his work in the winery. With this picture, the young Fernandez de Manzanos, passionate about business since he was a teenager, was not content to relaunch and take forward the company that had been left by his father, but decided on a major business expansion, materialized in what today is the Manzanos Enterprises group: a project with a division of wines, Manzanos Wines, with a total of ten wineries in several appellations, and another series of companies in different sectors.

After the incorporation of Víctor came his wife, Laura Mateo: a sworn translator and interpreter and MBA Executive by Icade, who having also studied in London, assumes, with the firm hand of one who holds a position of responsibility coupled with the initiative and enthusiasm of a youngster, the general management of the winery.

The team is completed in 2014 with the youngest of the Fernández de Manzanos, David, an Industrial Engineer educated at the University of Deusto and VIA University College in Denmark, who heads the production department from his position as Director of Operations.

The work of Víctor Fernández de Manzanos has been key in this process of transformation and growth of the family business. Víctor has been able to interpret and successfully play the role that destiny threw upon him, on the one hand, as head of the family, with the commitment to keep his family together and, on the other, as a self-made businessman, who must continue the trail left by his father.

Its family management, whilst modern and innovative, and the distribution of roles in the direction of business have earned the trust of customers, who see Manzanos Wines as a company with traditional values but open to technological changes.

We have come from old and unused wineries with little production capacity, to renovated buildings and renovated facilities with 300 hectares of vineyard in property and 700 more under our control, and all just in the Qualified Denomination of Origin of Rioja.

Thus, the wineries founded by previous generations continue to operate in Azagra, after the undertaken remodelling.

In the spring of 2016 Manzanos Wines acquired Luis Gurpegui Muga and Bodegas Berceo, one of the most emblematic wineries in Rioja Alta. Previously it had already added to the group its first winery in appellation Navarra, Castillo de Enériz.

The acquisition at the beginning of 2018 of the emblematic Rioja Brand Siglo and Vinicola Navarra winery and its brands Las Campanas and Castillo de Olite have been a major milestone in their winemaking history. These purchases have helped Bodegas Mazanos consolidate its positioning in the top 10 of appellation Rioja and the top 3 of appellation Navarra.

The work of Víctor Manzanos and his team is evident: sales have grown exponentially since his arrival within the company. The presence in international markets has also been boosted, reaching more than 65 countries, and national distribution is also increasing.

The years have been difficult to get to where we are because, whilst Víctor Fernández de Manzanos senior projected the winery in a time of economic boom, the young Victor has had to face the crisis, which shook the sector and the area in 2011. Perhaps this fact has pushed him into not giving up and his entrepreneurial nature has led him to consolidate a project for the future.

In short, these youngsters from the 5th generation of the family, had to work hard. Their commitment and sacrifice during these last six years have been rewarded with the positioning of Manzanos Wines as one of the reference groups in the field of wine in Spain.